Confirming its design and creative approach which made contamination an actual distinctive value of its, Sanlorenzo, one of the world’s main shipyards for the production of yachts and superyachts, takes part in Milan’s FuoriSalone for its third consecutive year with the installation “From shipyard to courtyard” which will be set up in the context of the exhibition-event INTERNI HUMAN SPACES, in the beautiful setting of Università degli Studi di Milano (“University of Milan”). 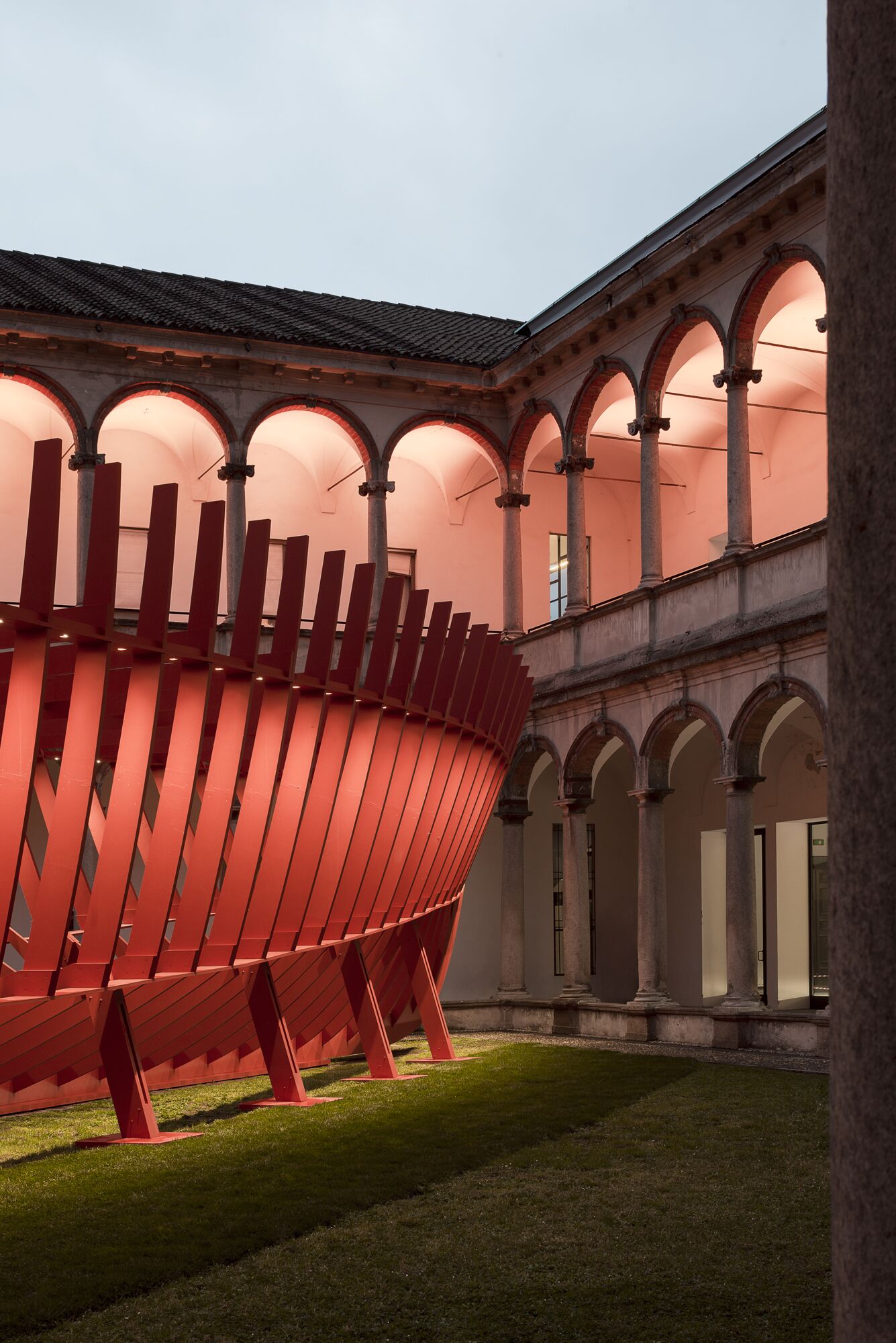 Removing all boundaries and putting aside all dogmas and rules, the shipyard, thanks to the innovative vision of Massimo Perotti, the company’s Chairman, managed to disrupt the rigidity of its world throughout the years while integrating art and design.
This choice was confirmed last year by the beginning of a new collaboration with Piero Lissoni acting as the company’s art director, resulting from the strong stylistic and projectual affinity which immediately emerged with the shipyard.

On the occasion of FuoriSalone 2019, Lissoni thus became the interpreter of the brand’s tradition and values through the installation “From shipyard to courtyard”.
Clearly evoking the wooden frameworks that shipwrights, outstanding shipyard figures, used to build, Piero Lissoni reinterprets the hull of an SX112 yacht through a process of abstraction, on 1:1 scale.
An ideal connection between the past, present and future of Sanlorenzo whose hull, which represents the initial construction stage of the yacht, proves the craftsmanship of the artisans who have always shaped these sophisticated objects while announcing a new model that will be presented in 2020.

The flagship model SX112, chosen to lead the installation, will expand the crossover SX line, officially launched in 2017 with the first yacht SX88, followed in 2018 by SX76. Both models were presented in Piero Lissoni’s interior design versions, where he conceived for the first time through his innovative project, an open space yacht.
By completely reinterpreting space on board, thanks to the wheelhouse exclusively located on the flying bridge, the two yachts develop in a unique, continuous space from bow to stern with a great internal liveability due to its open kitchen, next to the dining room, followed by a living area, with no interruptions between interiors and exteriors.

An actual excellence in the nautical world, Sanlorenzo keeps filling its DNA with different creative worlds.
On the one hand, the bond with the world of design that has allowed the company to propose a new way of experiencing the sea by involving renown architects and designers such as Dordoni Architetti, Antonio Citterio Patricia Viel and Piero Lissoni in yacht interior projects that have revolutionized the approach to nautical design profoundly changing the world of yachting.

On the other, the link with the world of art thanks to the collaborations with important cultural institutions such as Milan’s Triennale, during FuoriSalone 2017 and 2018, and the gallery Tornabuoni Arte with which Sanlorenzo set up some exhibitions on its own yachts, in concomitance with Art Basel Miami Beach in 2016 and the 57th edition of Venice’s Biennale D’Arte.
Finally, the most recent collaboration with Art Basel, the leading art fair for modern and contemporary art, through a global partnership agreement for the annual events in Hong Kong, in Basel and Miami Beach.
The next appointment of Art Basel in Basel 2019 in June, will see the participation of the company with an captivating installation within the Collectors Lounge designed by Piero Lissoni in homage to Piero Dorazio, renown Italian abstract painter.

Founded in 1958, Sanlorenzo shipyards have developed high quality motoryachts for 60 years, the result of the combination of artisanship, design and advanced technologies.
The search for a connection with the world of art and design is a natural stage for Sanlorenzo, as it has always opted for a tailoring approach based on the combination of artisan tradition and advanced technology: defined by timeless elegance and a unique purity of lines which has remained unaltered throughout the years, each Sanlorenzo yacht is created in close contact with the shipowner, who takes an active part in all planning stages, along with the company and designers, so that his requests can be perfectly fulfilled. The client is even guided to choose the furniture for his yacht and to witness firsthand the quality of top international design.

Through this installation, on the occasion of Milan Design Week, Sanlorenzo shows its relationship with design describing itself through new perspectives: the hull comes to symbolise the company by revealing its experience, artisanship and its innovative approach. 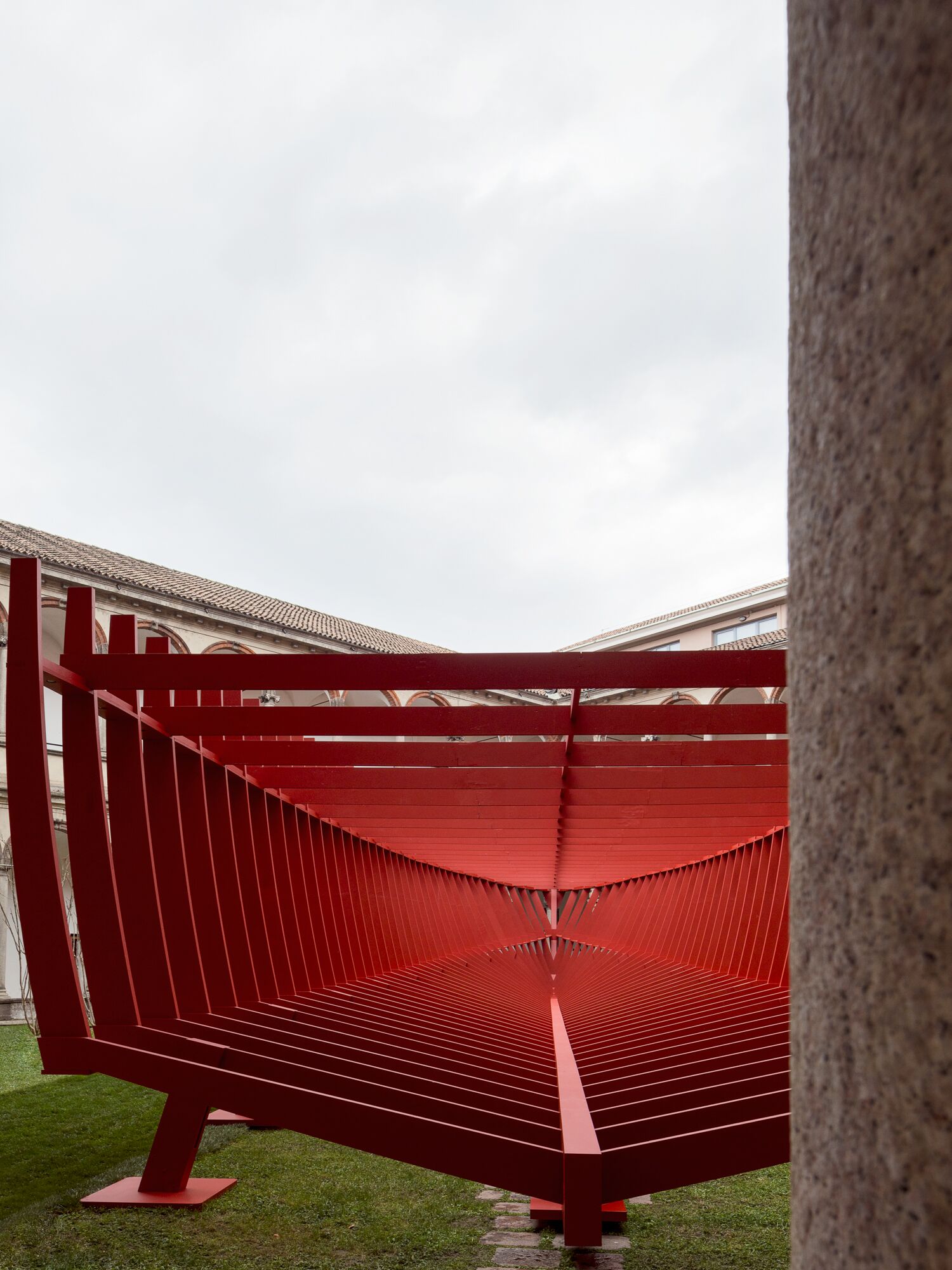 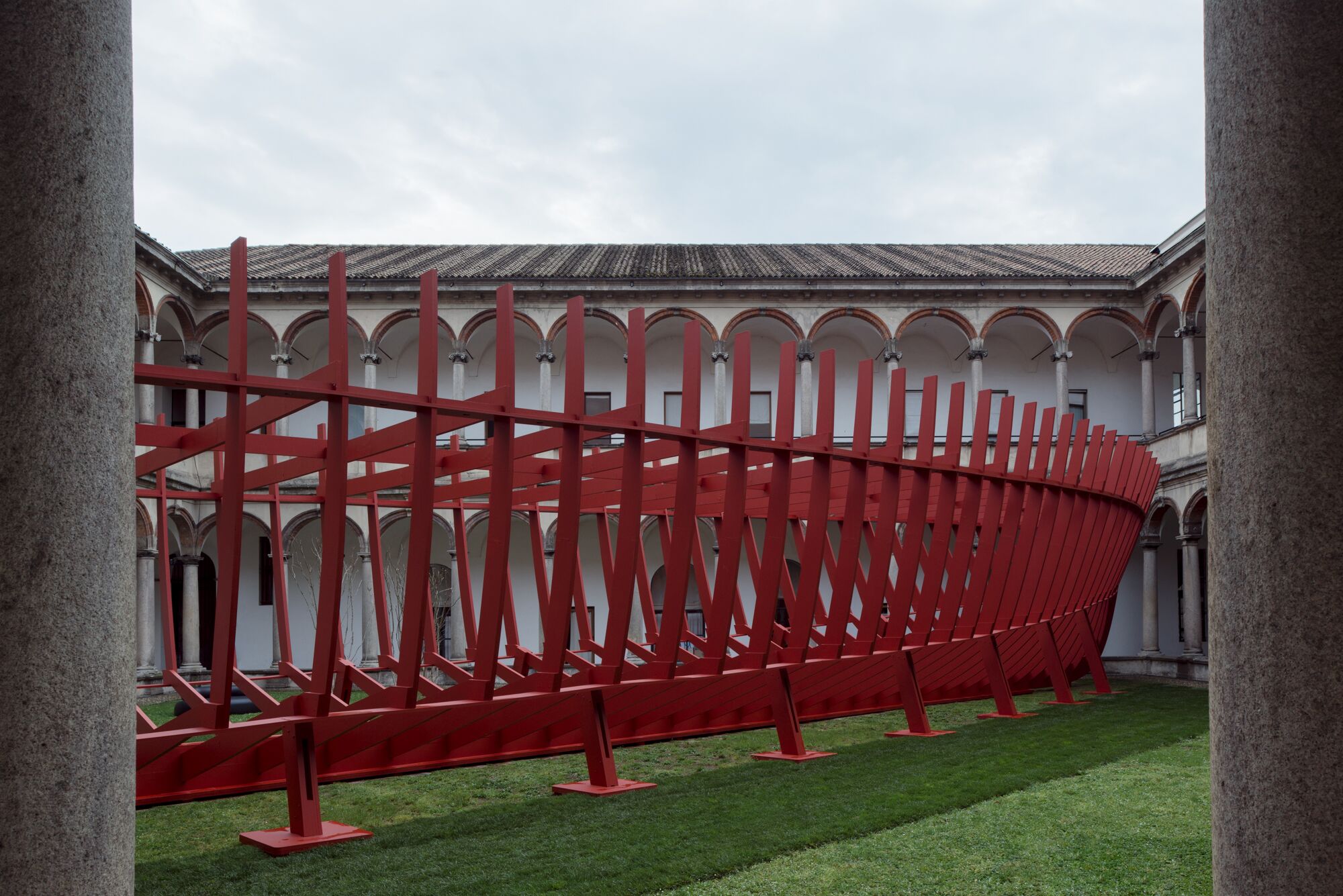 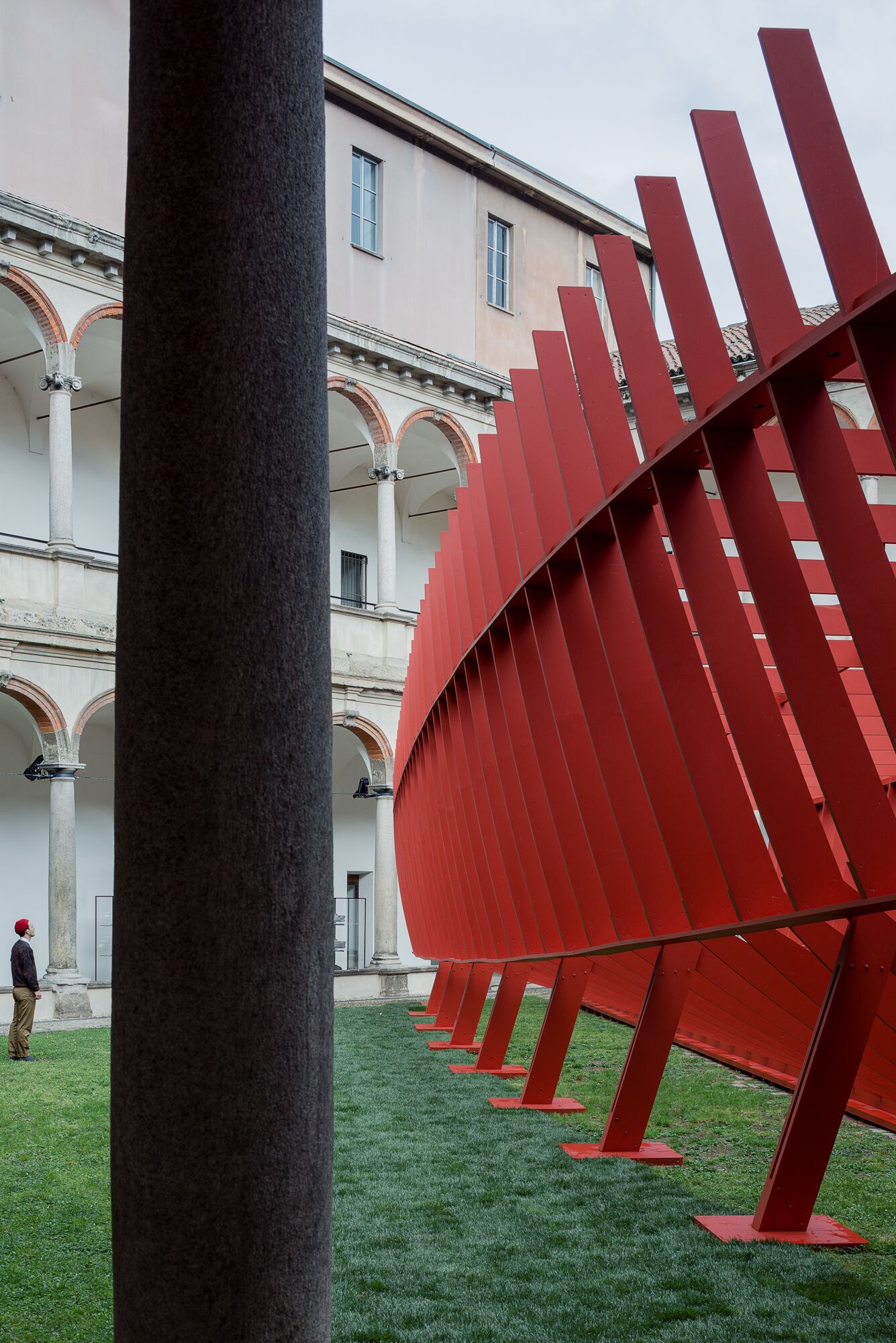 Sanlorenzo Superyachts return as protagonists at the Monaco Yacht Show

Bluegame reveals its biggest challenge to the public